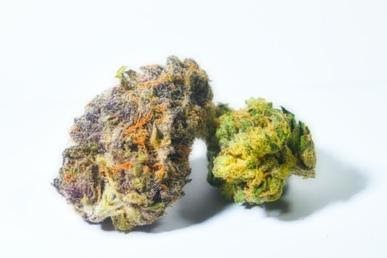 Indica vs Sativa, what’s the difference? Whether you’re interested in cannabis because you need it for medical purposes, like chronic pain relief or insomnia, or you are a recreational user who likes to peruse the menu. There’s likely one question you asked of yourself at some point, “What’s the difference between Indica and Sativa, and what’s a hybrid?”.

I’ll go through the definition of each for you. I’ll also throw in some surprising facts that even the most knowledgeable user might not be unaware of. We’ll keep the full history of cannabis for another time.

Cannabis is known to come in three basic categories. Indica, sativa and then a hybrid of the two, which may be leaning more sativa or more indica.

Sativa, is considered to be an ‘upper’ and indica a ‘downer’. Meaning that while it can still be relaxing, sativa offers more uplifting, energetic effects. While indica would give more of what’s called ‘couch-lock’. Couch-lock is referring to feeling stuck on the couch or bed and in more of a sedated effect.

Let’s talk about cannabis sativa for a minute. The plant is used for much more than a medicinal and 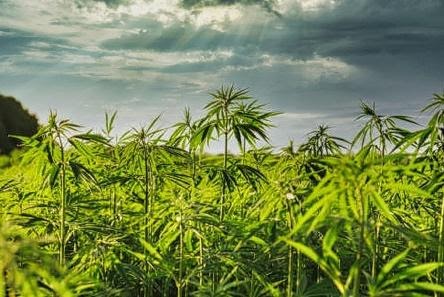 recreational aid. There are records dating back thousands of years in Asia. With the widespread use becoming more and more popular. It’s probably easier listing off where it can’t be found.

Professor Warf, a geography professor at the University of Kansas in Lawrence has said, “For the most part, it was widely used for medicine and spiritual purposes. For example, the vikings and medieval Germans used cannabis for relieving pain during childbirth and for toothaches.” However, the plant is also being used for hempseed oil for cooking, lamps, lacquers, or paints. The range of the plant extends even further from bird-seed to industrial fiber.

But how is it different from the sedating indica? Sativa is more well-known for having cerebral effects and being for day-time use. Cannabis sativa grows much taller than it’s indica sibling, with an average height of 10-12 feet. They reach heights of up to 25 feet. Long branches, narrow leaves and bright green colors make it easy to differentiate between indica. Which begs the question, indica vs sativa?

The general consensus is that the plant originates around the general region of India and Afghanistan. Since the weather is a bit harsher than where the sativa is from, indica plants developed a thick coat of resin. These help protect the plant from the elements. The indica plants are usually a lot shorter and bushier than their sativa counterparts. They range around three to six feet tall, with wide, full leaves. They are known to be some of the most colorful flower you can find. Having dark green buds, orange trichomes and even purple leaves.

While the density depends on the grow, it’s usually widely accepted that indica is a much stickier grind because of all that resin. For today’s purpose, CBD is a non-psychoactive component to the cannabis plant. It contains properties that offer medical relief in many customers and medical patients. On average, there’s more CBD within the cannabis indica. Furthermore, this makes it a great choice for anyone with chronic pain and insomnia. Basically anything you need to sit back and relax in relief.

However, there is still some contention among professionals in the industry about whether there is a difference. A scientist named Dr. Jeffrey Raber, who has been called a pioneer in medical marijuana lab testing, got his PhD in chemistry at USC. He’s been studying this very question. Dr. Raber’s findings, as of 2016, are that the indica and sativa uses explain ‘the morphology’ of the plant itself and that it’s a misrepresentation that indica will put you to sleep and sativa is more energetic. He also believes we need a better classification system that would study more extensively the terpenes. Terpenes are, “the enormous range of scents and flavors found in marijuana.”

My final thoughts are this, everyone’s body chemistry is different. The best research that can be done is on yourself. Research responsibly! At The Source, we only sell products that have been lab tested. Additionally, find an establishment that cares as much as you do about the product you’re purchasing. Based on what you read, indica vs sativa?